The Family of two siblings that were murdered hours apart are left in shock since Friday. The siblings were killed by gunmen in the parish leaving family members and residence sorrowful.

According the police, about 2:00 a.m. Serena Needham, a 33-year-old mother of two, was inside her home in Venecia district, Linstead, St Catherine, when a group of armed men kicked open her back door and shouted police. The cops stated that she was subsequently taken outside before getting shot several times.

The police also report that hours later 28 year old Niel Needham, who was sitting on King’s Street in the parish about 11:30 p.m. when a vehicle quicky drove up. A group of men alighted from the vehicle and shot him several times in the upper body.

The police are currently investigating the matter. 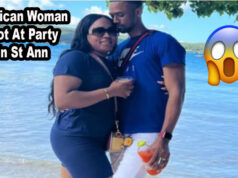 American Woman Shot At Party In St Ann Has Raised US $19,000 Of $25K Targeted goal for flight out of Jamaica